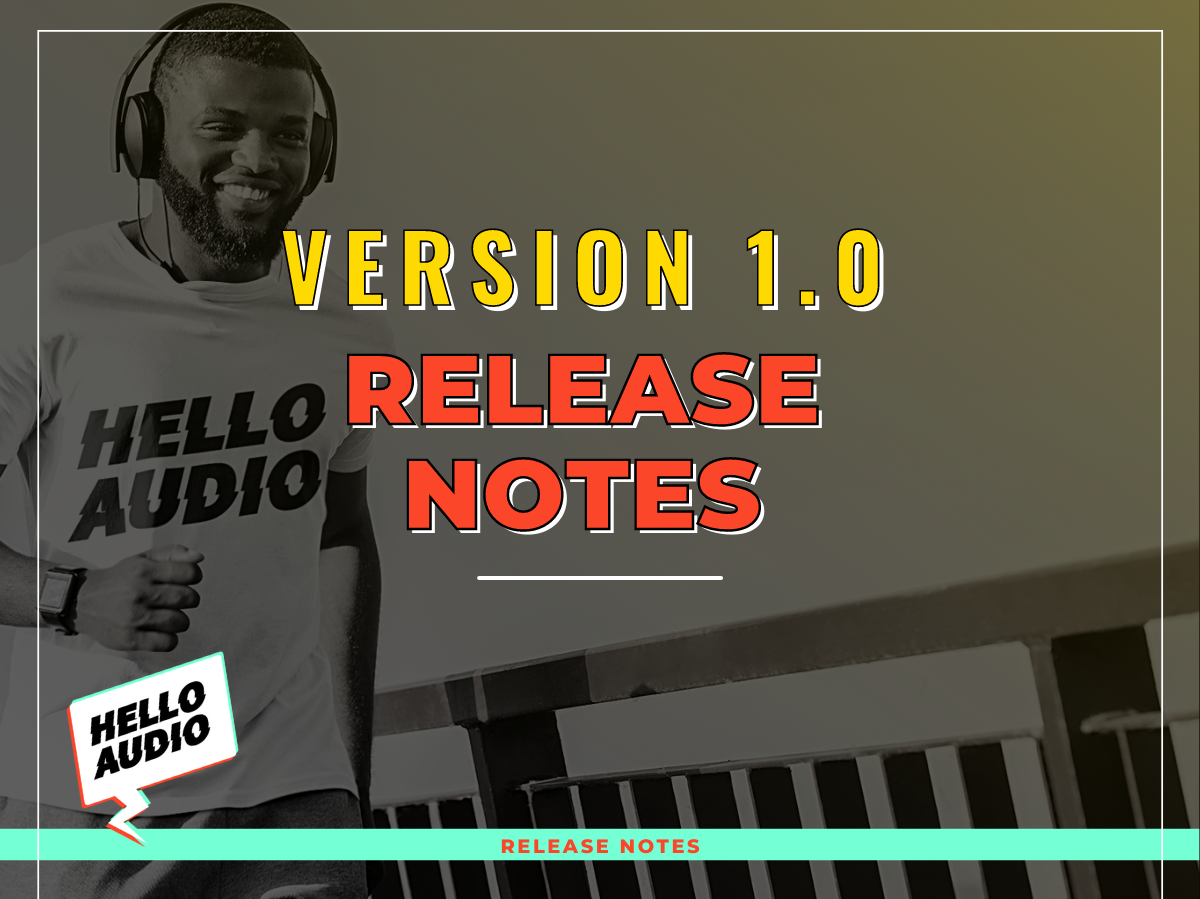 We’ve officially moved out of beta and are living the 1.0 life! The app now lives at app.helloaudio.fm. Your old links at the beta. subdomain will continue to work, but app. is the correct URL moving forward.

With this update comes TONS of new features. New customization tools, more fine-grained control of listener access, along with a game changer in automation, as you’ll see below.

So much feedback from our users went into the design and implementation of the new system. We appreciate all of you <3

These are built-in tools to automate an action to take whens something happens in your feeds. For example, when someone subscribes to my private feed, send me an email. If a listener reaches the final episode of a feed, add them to a different feed automatically. Trigger Zaps with a webhook. Read more

Grab the link to your old feed, and paste it into Hello Audio! A few minutes later your feed will be migrated into your Hello Audio account. Read more

You can customize the button colors that appear in the subscribe page and invitation email sent to listeners. It’s also used in your embeddable player. This is a per-feed setting, not account-wide, so feel free to match the colors to each feed’s cover art. Read more

You can set a date & time, or number of days after a listener starts a feed, and have it disappear automatically. Read more

Previously, our Zapier app only had Steps, which live in the middle of Zaps. Now, we’re adding triggers that start a Zap based on an occurrence in Hello Audio. You can trigger a zap when a listener subscribes to one of your feeds, or when a listener downloads and episode for the first time. Read more

You can now set a feed to only allow episodes to be released if they appear after the listener’s start date. That way they don’t have access to the entire back catalogue of your feed if you’d prefer. This is useful for membership sites where members only access content that’s created after they enroll. Read more

In a drip feed, you can schedule episodes to be removed from a listener’s feed a certain number of days after it was released. I like to think of this as the “Snake Game” on old cell phones, where the episodes keep disappearing from the start as new episodes are released at the other end. Read more

To see all the new Hello Audio features, start your free trial here! 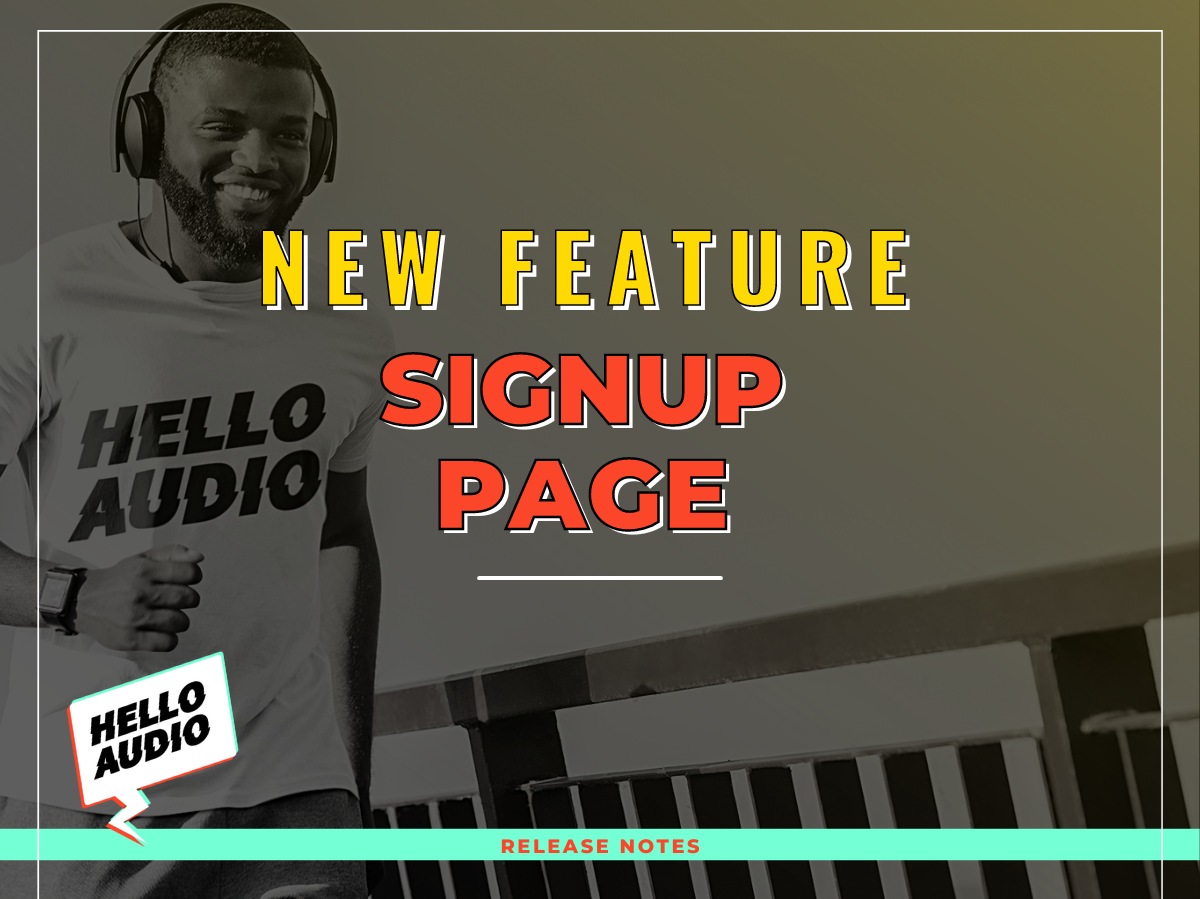 Add Listeners and Collect Payments for Your Private Podcast 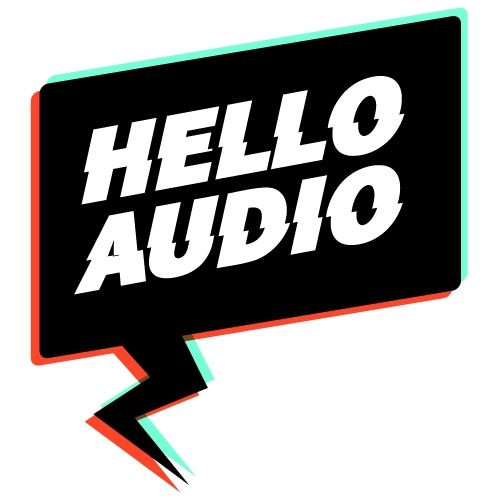 We use cookies on our website to give you the most relevant experience by remembering your preferences and repeat visits. By clicking “Accept All”, you consent to the use of ALL the cookies. However, you may visit "Cookie Settings" to provide a controlled consent.
Cookie SettingsAccept All
Manage consent

This website uses cookies to improve your experience while you navigate through the website. Out of these, the cookies that are categorized as necessary are stored on your browser as they are essential for the working of basic functionalities of the website. We also use third-party cookies that help us analyze and understand how you use this website. These cookies will be stored in your browser only with your consent. You also have the option to opt-out of these cookies. But opting out of some of these cookies may affect your browsing experience.
Necessary Always Enabled
Necessary cookies are absolutely essential for the website to function properly. These cookies ensure basic functionalities and security features of the website, anonymously.
Functional
Functional cookies help to perform certain functionalities like sharing the content of the website on social media platforms, collect feedbacks, and other third-party features.
Performance
Performance cookies are used to understand and analyze the key performance indexes of the website which helps in delivering a better user experience for the visitors.
Analytics
Analytical cookies are used to understand how visitors interact with the website. These cookies help provide information on metrics the number of visitors, bounce rate, traffic source, etc.
Advertisement
Advertisement cookies are used to provide visitors with relevant ads and marketing campaigns. These cookies track visitors across websites and collect information to provide customized ads.
Others
Other uncategorized cookies are those that are being analyzed and have not been classified into a category as yet.
SAVE & ACCEPT

Not a customer yet? Click here to choose your plan.

Private feeds aren’t searchable in directories like Spotify or Apple. They’re unlisted. Only those who you’ve given access to can listen to this content in their podcast app.

Public feeds can be added to searchable directories like Spotify, Apple, and Google.